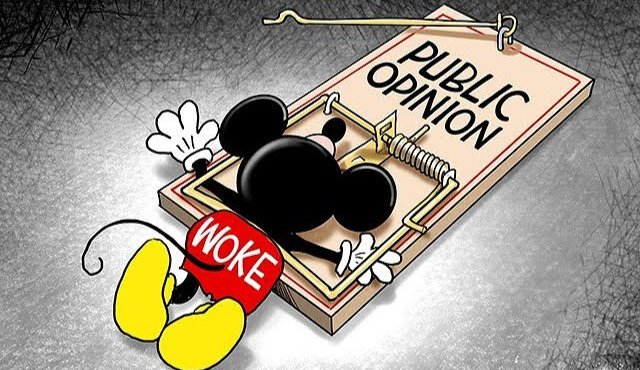 It is no secret that companies have gone Woke. Instead of focussing on providing the best products and/or services to their customers, Woke Corps have instead focused on virtue signaling.

If recent data is to be believed, many high profile Woke Corps are losing customers and money, proving that going woke is leading them to go broke.

The most famous example right now is Disney. After slamming the Florida Parents Rights in Education Act and adding a gay kiss to their first theatrical Pixar movie since the pandemic, Lightyear, Disney has shown signs of trouble.

Lightyear bombed at the box office and didn’t do much better on Disney+. Speaking of Disney+, it was found that their domestic subscriber count growth collapsed in one quarter. It still grew internationally though, where Disney is known to censor their movies for those audiences.

In Texas, the results of going woke are even more apparent.

Take AT&T, the Dallas-based company has had many woke instances over this past year from telling white employees they are the problem to paying for their employees’ travel costs for abortion.

While Disney has shown a slowdown in growth, AT&T and American Airlines are showing signs of something far more dangerous for them: a decline in demand.